In 1951 Hammer Film productions leased part of Down Place for one year for use as a film location. On expiry of the lease Hammer purchased Down Place and built a film studio next door – now studio three (studios are also known as sound stages). Too small for modern productions, it has been used recently as a rehearsal studio, prop store and interview space.

Britain’s best-known Hammer films were produced here and at nearby Oakley Court, including The Curse of Frankenstein in 1957, Dracula in 1958, and The Mummy, starring Peter Cushing and Christopher Lee, in 1959.

A host of truly ground-breaking films and memorable TV series were filmed at the Studios including: 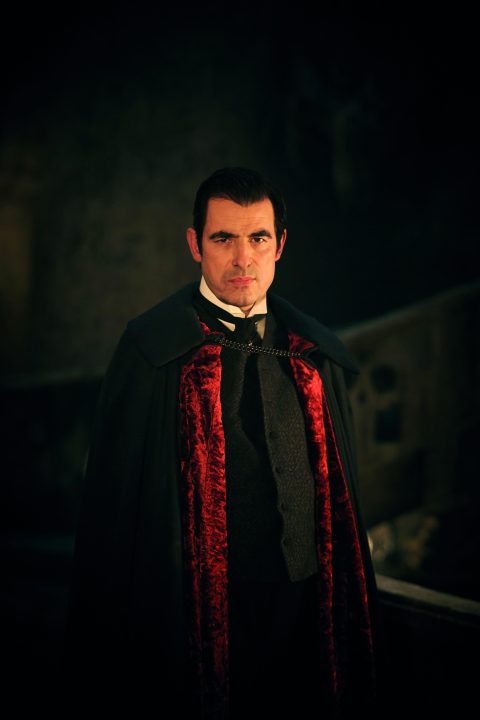 For more information on the history of Bray Film Studios, please visit our website at:

The Studios fell behind the times and in 2012 the previous owner obtained planning permission to demolish the sound stages and redevelop the site for housing, including a change of use for Down Place to residential accommodation.

The current owners improved the residential planning permission however, by turn of fate, the housing market changed whilst demand for filming rocketed, so a decision was taken to significantly invest in upgrading the site, enabling a return to filming both on the studio site and adjacent Water Oakley site.

Bray Film Studios once again opened its doors to, amongst others, the Oscar-winning Elton John biopic Rocketman, filmed almost entirely at Bray, scenes for Angel Has Fallen, Mamma Mia, Here We Go Again, Kingsman 3 (yet to be released) and Keeley Hawes was blown up in a scene from Bodyguard in Studio 2!

And, back to where it all started, the BBC’s Dracula was filmed at Bray in 2019.

The Department for International Trade welcomes Bray Film Studios’ commitment to the film and television production industries through expansion. As production demand in the UK increases, there is an urgent need for additional sound stages. Bray’s heritage site with an iconic history in a convenient location will help secure that investment for decades to come.